Eddie Reese to be Given ISHOF Lifetime Achievement Award – October 9 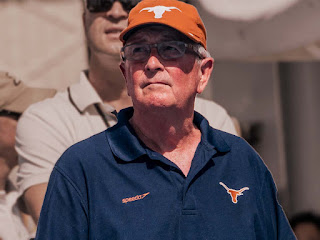 Coach Reese is the perfect selection for this award, particularly after his record breaking NCAA DI Championships win in 2021. Coach Reese had just won his un-precedented 15th National Championship at the University of Texas.  After flirting with the idea of retirement,  Reese decided there was still more he wanted to achieve with his group of guys.  His decision to continue coaching will just add to lifetime achievements and enhance this award.

Reese will begin the 2021-2022 season, which will be his 44th as the Longhorns’ head coach.  The school will be seeking back-to-back national championships after earning a 27-point victory over California in March. Texas won the championship despite winning no individual swimming events at the meet and just two events overall, the 800 free relay and 1-meter diving.

In addition, this year, former Texas Longhorn, Brendan Hansen will be inducted as an 2021 Honor Swimmer on Saturday night, October 9, 20021 and will be inducted by his coach, the one and only, Eddie Reese.

This is the current list of individuals who will also be honored on October 9th, 2021 along with Coach Reese: