ISHOF Honoree Aaron Peirsol stops by to check out the ISHOF construction! 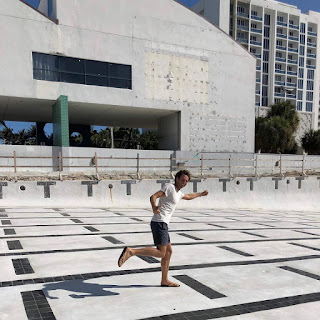 Look who stopped by for a "swim"! 3x Olympian and ISHOF Honoree Aaron Piersol! Aaron tried out some "backstroke" in the pool at the aquatic complex 😂. Come back in 2021 when the new pools will be ready to go! ⠀

Tiffany Cohen Lalonde, the 1984 Olympic 400 and 800m freestyle champion, has launched a gofundme campaign in support of her son Daniel, who was diagnosed this month with a rare form of cancer called Acinic Cell Carcinoma and located in his Parotid Gland.
The swimming community and others have already started to respond with acts of kindness, the donations now close to 30% of target.
Since launching the plea, Cohen, who was inducted into the International Swimming Hall of Fame in 1996, updated Daniel’s gofundme page with the following message:

“It is with gratitude I share this exciting news. We are just $25 shy of achieving 30% to our fundraising goal. The heartfelt support and generous donations that have come in so for Daniel strengthens our resolve. Cancer doesn’t stand a chance. Thanking you from the bottom of our hearts.
Daniel is meeting with his PCP for clearance and the plastic surgeon to discuss plans for reconstruction this week.
We will continue to keep you posted.
Warmest Regards from the Cohen Adams Lalonde family.

Tiffany Cohen – Photo Courtesy: ISHOF
“My beloved son Daniel, who is just 21 years, old received frightening news this past week that he has a rare form of cancer located in his Parotid Gland called Acinic Cell Carcinoma.
“Daniel just started a new job at Lowe’s and is planning to go to college in the Fall. He is a loving son, a brother to Chloe and Alexa, and a dear friend to others. He is very smart and has an amazing heart. Daniel has his entire life ahead of him. He is a fighter and is determined to kick cancer’s butt!
“Daniel will need to attend several doctors’ appointments and undergo surgery to remove his entire Parotid Gland. He will also need plastic surgery to repair the hole in his head and neck left from the excision. Depending on the results of the scans and post-surgical tissue sampling, there is a strong possibility that Daniel will have to undergo radiation therapy as well.
“We are currently without personal transportation and rely on public transportation to get around. Without other family in the immediate area, I will have to take time off from work so I can support Daniel as he goes through this battle. It is unlikely that Daniel’s health insurance will be able to cover the majority of the upcoming costs for his medical treatment. Your donations will be used to help us with costs for transportation, medical bills, and any unforeseen expenses that may arise.
“If you are unable to donate, we ask that you please share this page with your friends and families. We are also looking for anyone in the immediate area to watch over our little 13-year-old poodle, Peaches, during any upcoming overnight stays at the hospital. Rides are always appreciated as well. We can’t thank you enough and we greatly appreciate you taking the time to donate, share, and support us during this time. We will keep everyone updated on how Daniel is doing in the upcoming weeks.

ISHOF Curator, Bob Duenkel to be inducted into ISHOF Class of 2020 as Honor Contributor 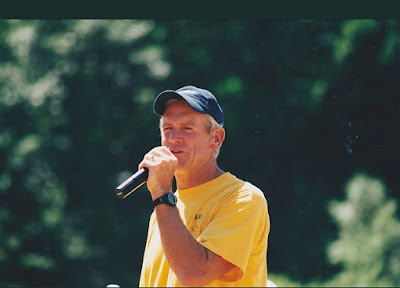 Bob Duenkel’s greatest contribution to swimming, was his 40+ years of dedication and service to the International Swimming Hall of Fame, which he began in 1976. As ISHOF CEO, Buck Dawson’s assistant, he absorbed the history of swimming like a sponge, and not just from Dawson, but from the real greats, like Johnny Weissmuller, Eleanor Holm, Buster Crabbe, Esther Williams and many, many more.

Bob Duenkel on Canada Day
Duenkel’s knowledge of swimming history was encyclopedic. He studied and knew all the minutiae of swimming and swimmers, from the ancient Greek swimmer Leander to the most recent inductee, every Olympiad, every event, every time and every stroke.
Come and hear Duenkel’s incredible life story and commitment to aquatics history at the ISHOF Induction dinner on Saturday, April 25, 2020. Become an ISHOF Legacy Member and attend the ISHOF Induction Dinner for FREE. Can’t attend the event? Please consider donating to ISHOF, support Duenkel and our other inspirational Honorees.

Bob Duenkel was the ISHOF museum curator and presided over 40 years of ISHOF Induction ceremonies. From 2004-2005 he served as interim CEO and Executive Director until his retirement in 2016. For any visitor to ISHOF, Duenkel was an invaluable resource, always there to tell a story, clarify any facts or just to toss off a quip or two. He made a wonderful ambassador of ISHOF to any and every event he attended, whether it was the NCAA’s, Olympic Trials or the Association of Sports Museums and Hall of Fame, Duenkel was admired and respected by all who knew him.

ANNAPOLIS, Md. –– Joe Suriano, who served as the Navy diving coach and a physical education instructor at the USNA for 35 years, passed away this week in Annapolis. 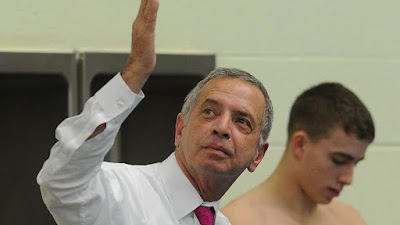 David Marsh and Members of Team USA with their medals
Come and meet Marsh in person and hear his incredible life story at the ISHOF Induction dinner on Saturday, April 25, 2020. Become an ISHOF Legacy Member and attend the ISHOF Induction Dinner for FREE. Can’t attend the event? Please consider donating to ISHOF, support Marsh and our other inspirational Honorees.